You are here: Home / News / news / Online storytelling in a 3D virtual world

This project focuses on using 3D cultural heritage assets, stored online on Sketchfab, to tell the story of those assets in an innovative and appealing way and make cultural heritage objects more accessible and relevant, for example through Europeana (the European digital library of culture).  This project will provide an authoring environment to create such stories in an easy way without any programming. 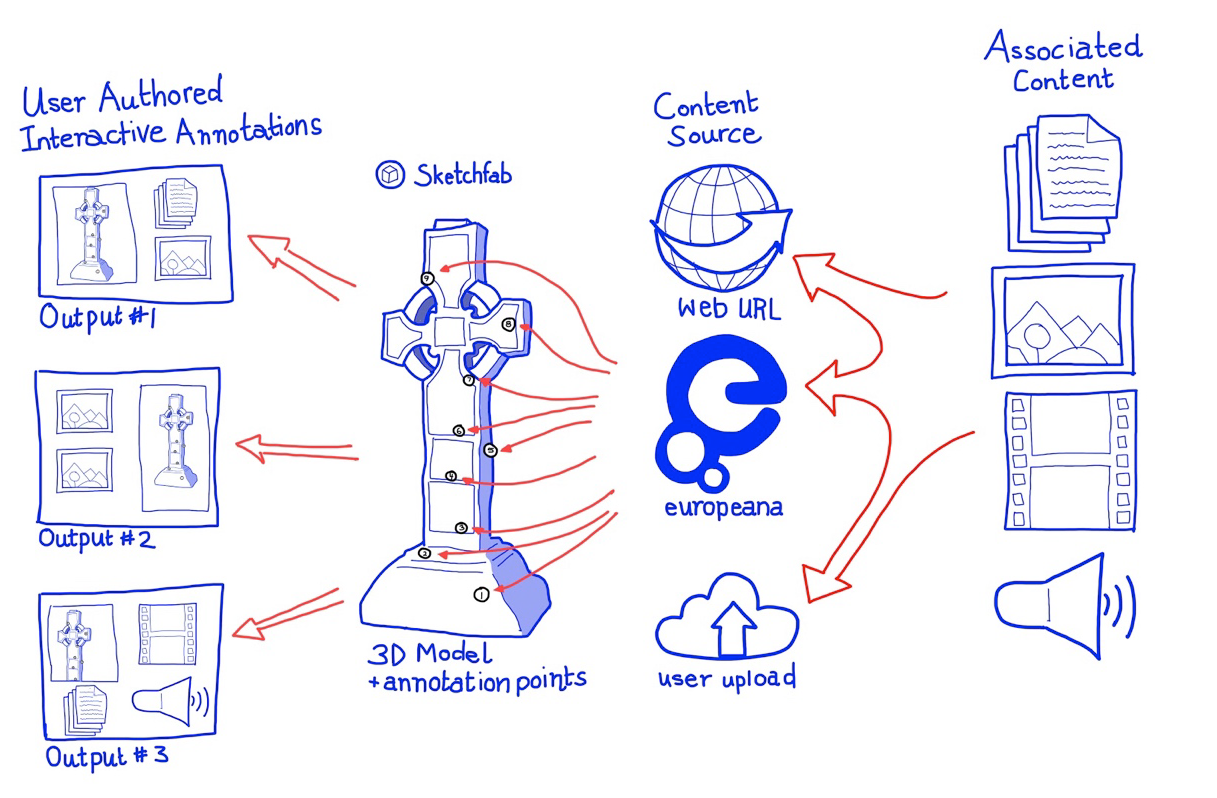 Storytelling and 3D have been related from the very beginning, as 3D was used early on to create TV commercials and films.  In 1982, a first feature film in 3D named Tron was made, being one of the first major efforts to combine 3D and storytelling.

The use of 3D for cultural heritage started in 1985 within a virtual reconstruction project in Egypt. These first 3D models were drawn with a pen plotter on paper. 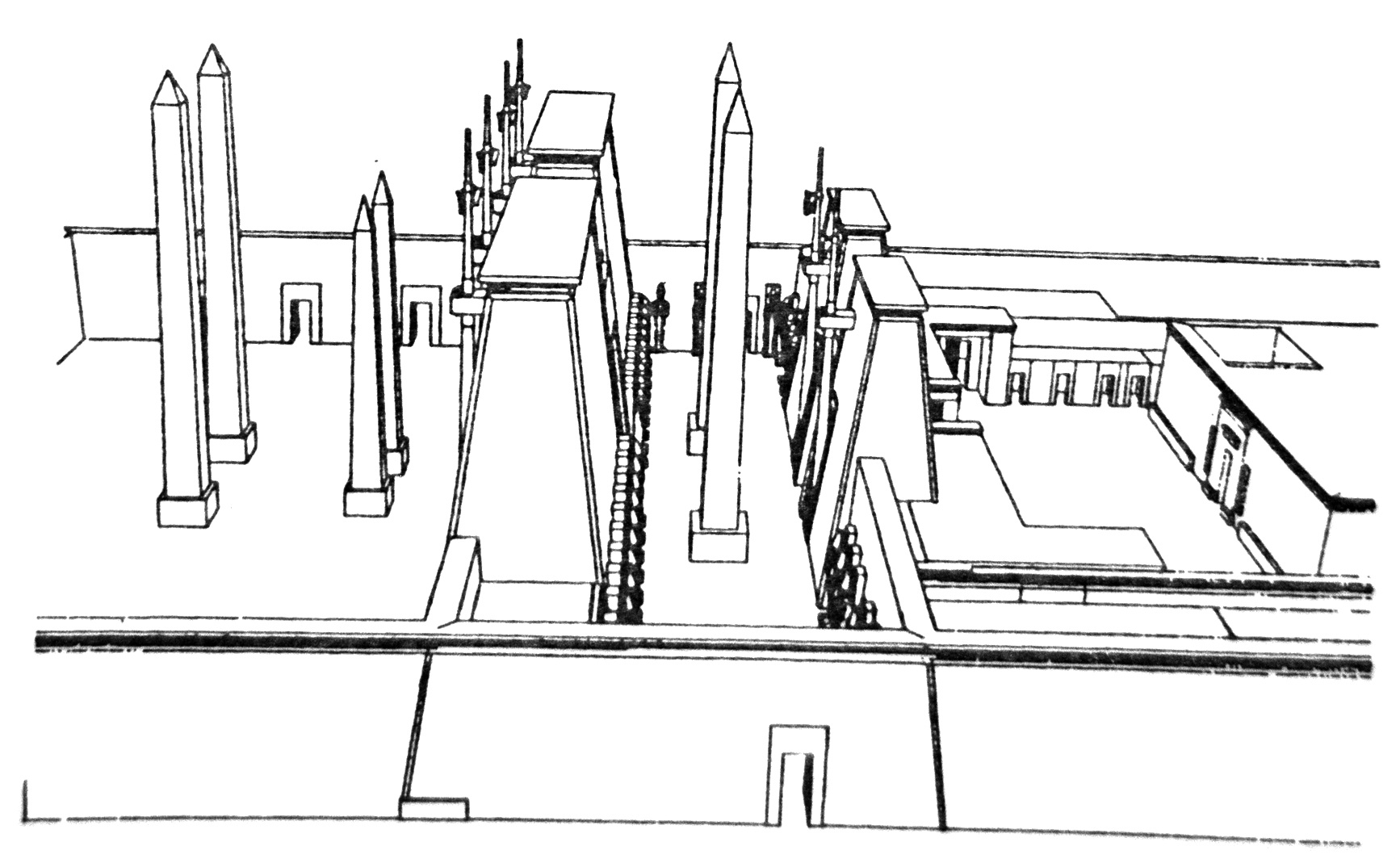 For about 30 years, online 3D storytelling has relied on video and film, from analogue television and pellicule based film in the 80s, over low-resolution downloadable movies in the 90s to the wealth of video streaming since 2005.  One of the first videos in the cultural heritage domain was 1789, made in 1989, to celebrate 200 years of French Revolution. 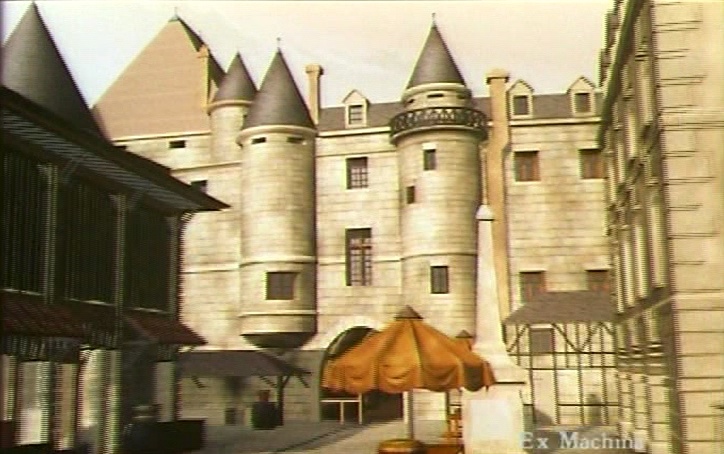 Despite some early experiments to allow 3D visualization on the Internet (such as VRML in 1995), it took until 2012 to have the company Sketchfab producing a 3D viewer, based upon the new HTML5 standard. This World Wide Web Consortium (W3C) standard was conceived in 2004 but only took momentum when Steve Jobs in April 2010 issued a public letter titled “Thoughts on Flash” where he denounced Flash in favour of HTML5 for developing new mobile platforms such as iOS.  By the end of 2014, all major browsers on all platforms were supporting the 3D capabilities of HTML5.

In practice, this means that one can publish a 3D resource through HTML5 without bothering about the computer platform, browser or the way this resource is viewed by the user.  Currently, Sketchfab provides high-quality rendering, animation, annotation, VR and AR visualisation, and much more for about any computing or visualisation device available.  On top of that, Sketchfab has over 8 million unique visitors per month and is by far the largest repository in the world of 3D cultural heritage resources, sporting many renown museums, heritage organisations and experts all over the globe.

This outstanding visibility and accessibility and the available tools turn Sketchfab into a great storytelling platform. Sketchfab does contain about a hundred thousand 3D cultural heritage resources, created through 3D digitisation or 3D modelling. 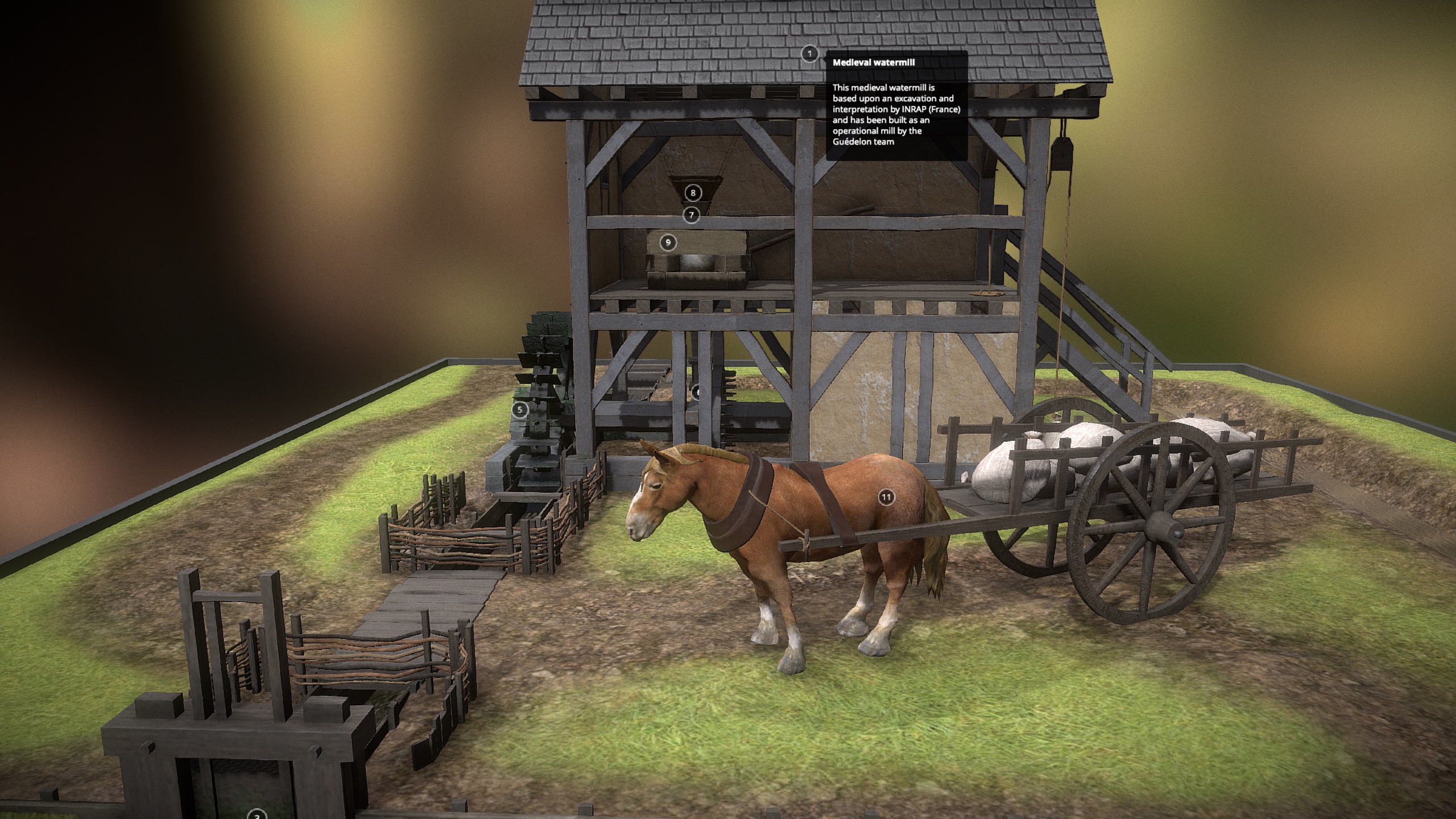 We have created for example an animated model of a medieval watermill to explain how such a watermill is constructed and operates.  We use the annotation tool to create a short story about the mill, guiding the user around in the animated virtual reconstruction while highlighting how it works. 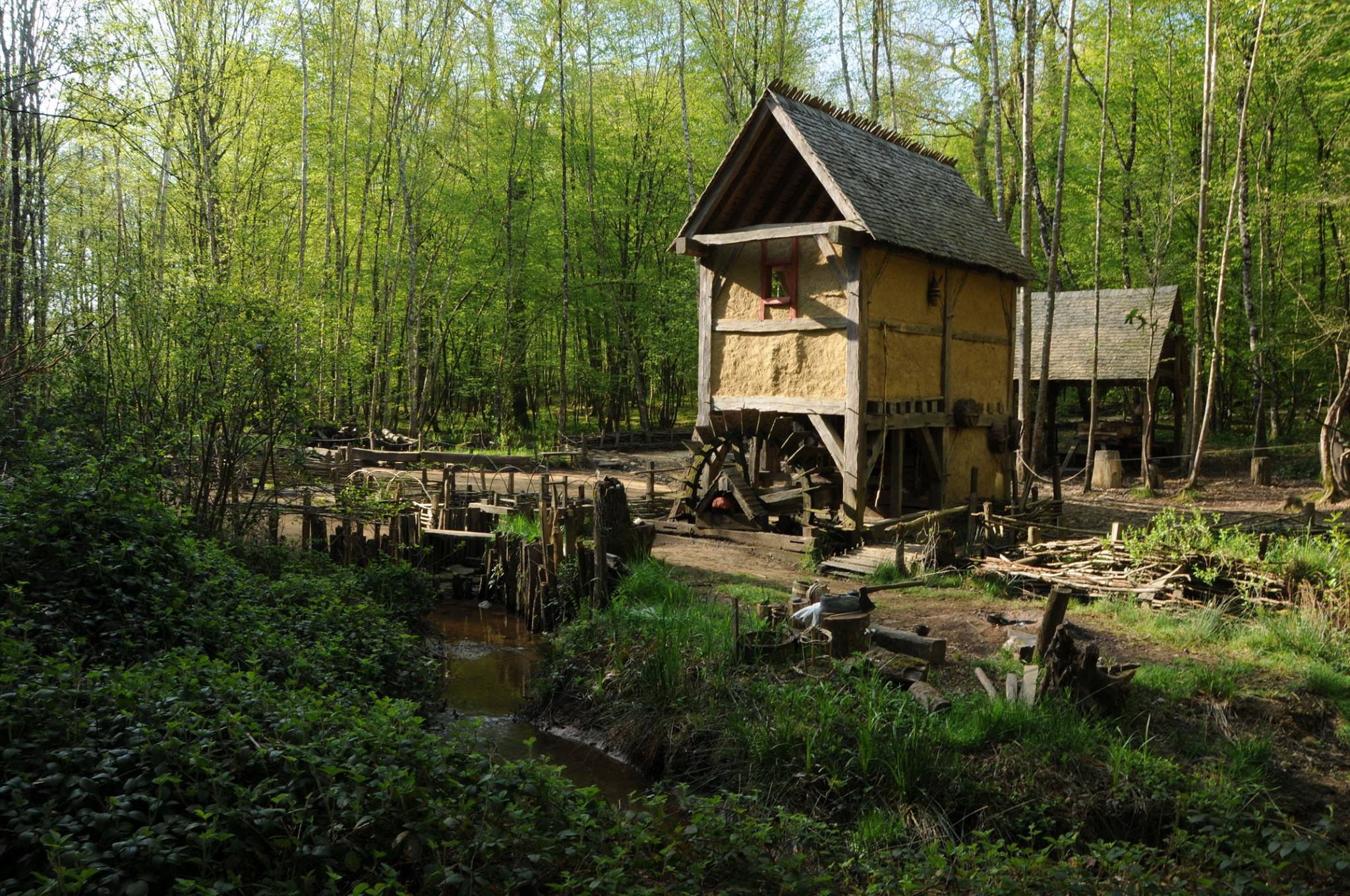 The operational medieval watermill at the Guédelon historical park in France

This 12th-century watermill is based upon an INRAP excavation in Thervay, France, and has been made operational in the experimental archaeology project at Guédelon, France.  It is the only operational medieval watermill in Europe.  We have made small improvements – such as the overflow and the connection to the mill pond – and added a horse and chariot.  The chariot is based upon 13th-century drawings from Flanders.

An interactive 3D resource such as this watermill is a great educational tool as it allows pupils to discover by themselves how the mill works.  The annotation tool provides not only a nice guided tour that is easy to create but also allows to give additional information, as a real guide would do.  This additional information is structured as a small story (please do try it out on the 3D model above). 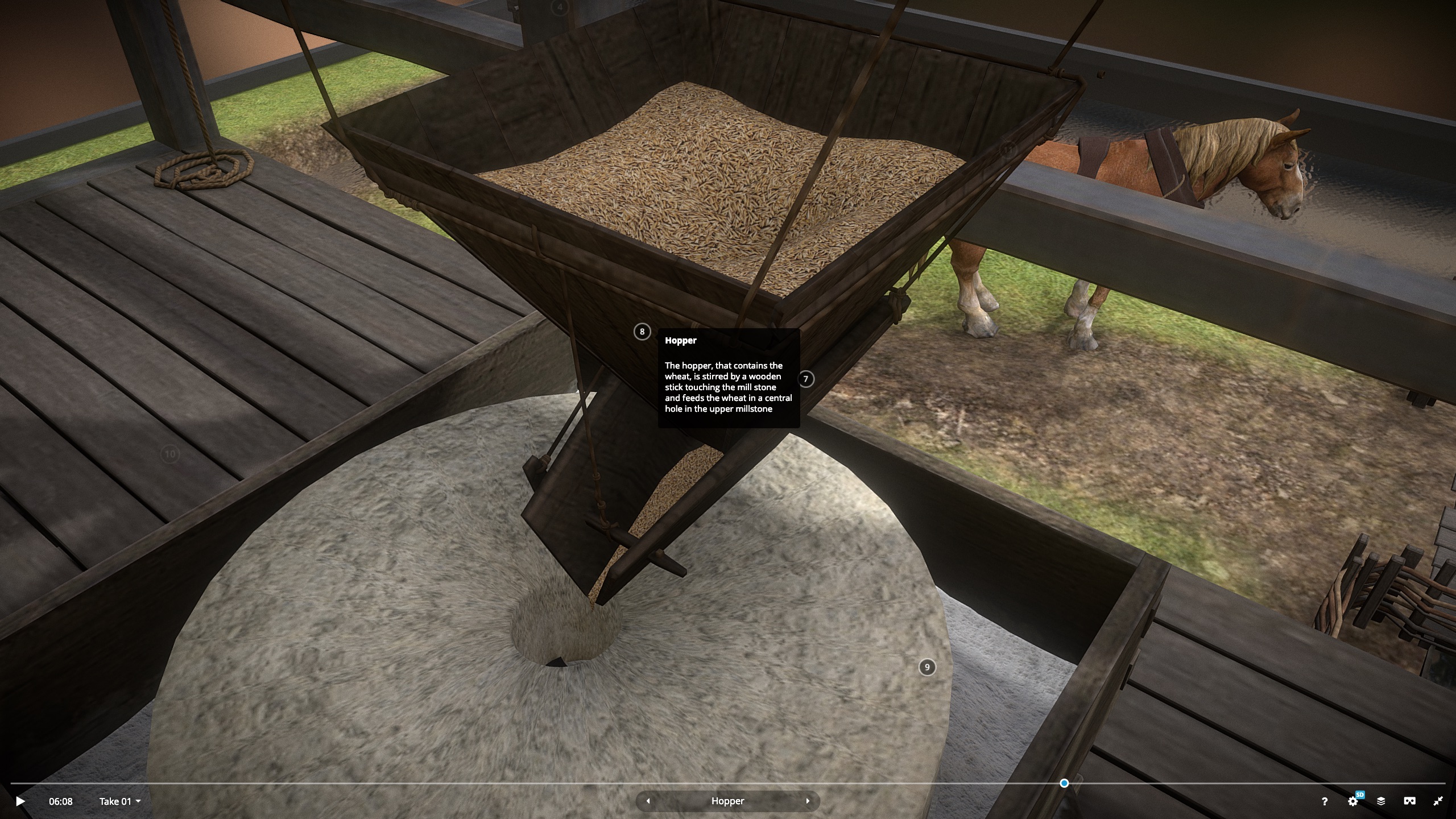 On the other hand, such a resource enables also virtual tourism as one can experience this medieval watermill without making the trip to France.  In practice, such virtual experiences rather seem to stimulate a visit to the real site than making it obsolete. 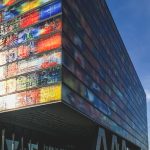 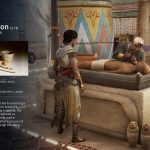 The Share3D approach to next generation education
Scroll to top